About the River and Watershed

What Is a Watershed?

Everyone lives in a watershed! You can see where the water flows from your driveway or yard after a heavy rain storm. That water leads to small gullies and streams, which lead to even larger waterways. If you are in the area shown in the map below you are in the Bohemia River Watershed, even if you aren’t close to the river. The Bohemia itself is in the larger watershed of the Chesapeake Bay, which itself is in the watershed of the Atlantic Ocean. 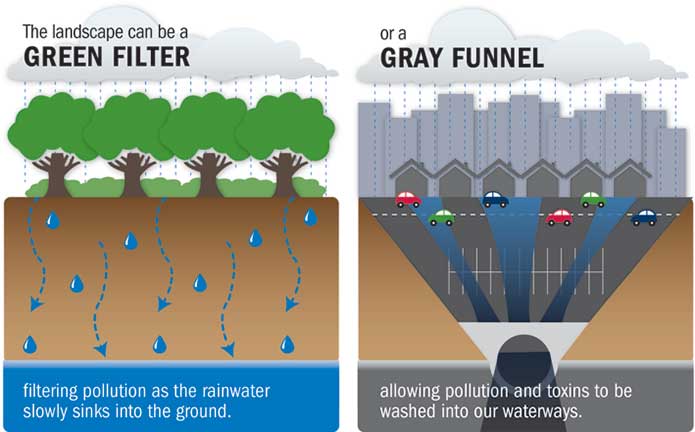 ©Chesapeake Bay Foundation
A watershed is an area of land that catches rainfall and moves it, along with all of the sediment, nutrients and trash it can carry, to a river, then to the Bay, and finally to the ocean. What happens at a backyard, farm, or roadside doesn’t necessarily stay there.  Impervious surfaces like asphalt, bare dirt, and some mowed grass can force rain to flow quickly towards the river without soaking into the soil.  By installing rain barrels, rain gardens, planting trees and shrubs, and following best management practices (BMPs) in yards and farms we can slow down our water and let it filter into the soil. This keeps our water, topsoil, and fertilizer where it’s needed and out of streams.  Help do your part to turn the funnel into a filter.

What is the Bohemia River Watershed?

The Bohemia River was originally called the Oppoquermine, but was renamed by Augustine Herman, an early explorer, landowner and map maker, after his homeland in Prague. He owned 4,000 acres along the Bohemia.

At one point the Bohemia River was considered as a route for the Chesapeake and Delaware Canal.  The Canal was ultimately built using Back Creek instead.

Where Can I Learn More?

Here are links to some great resources for you to explore: